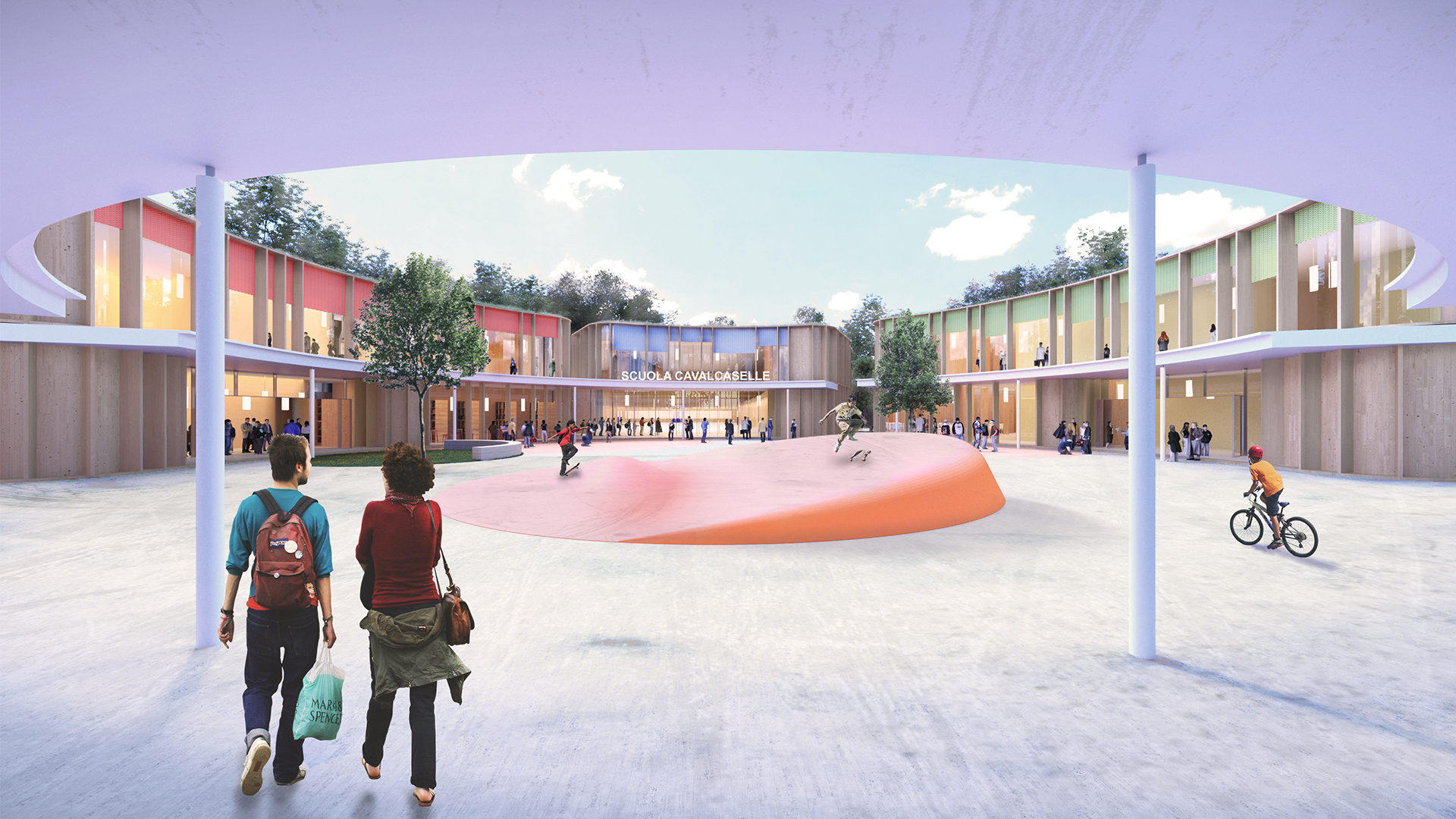 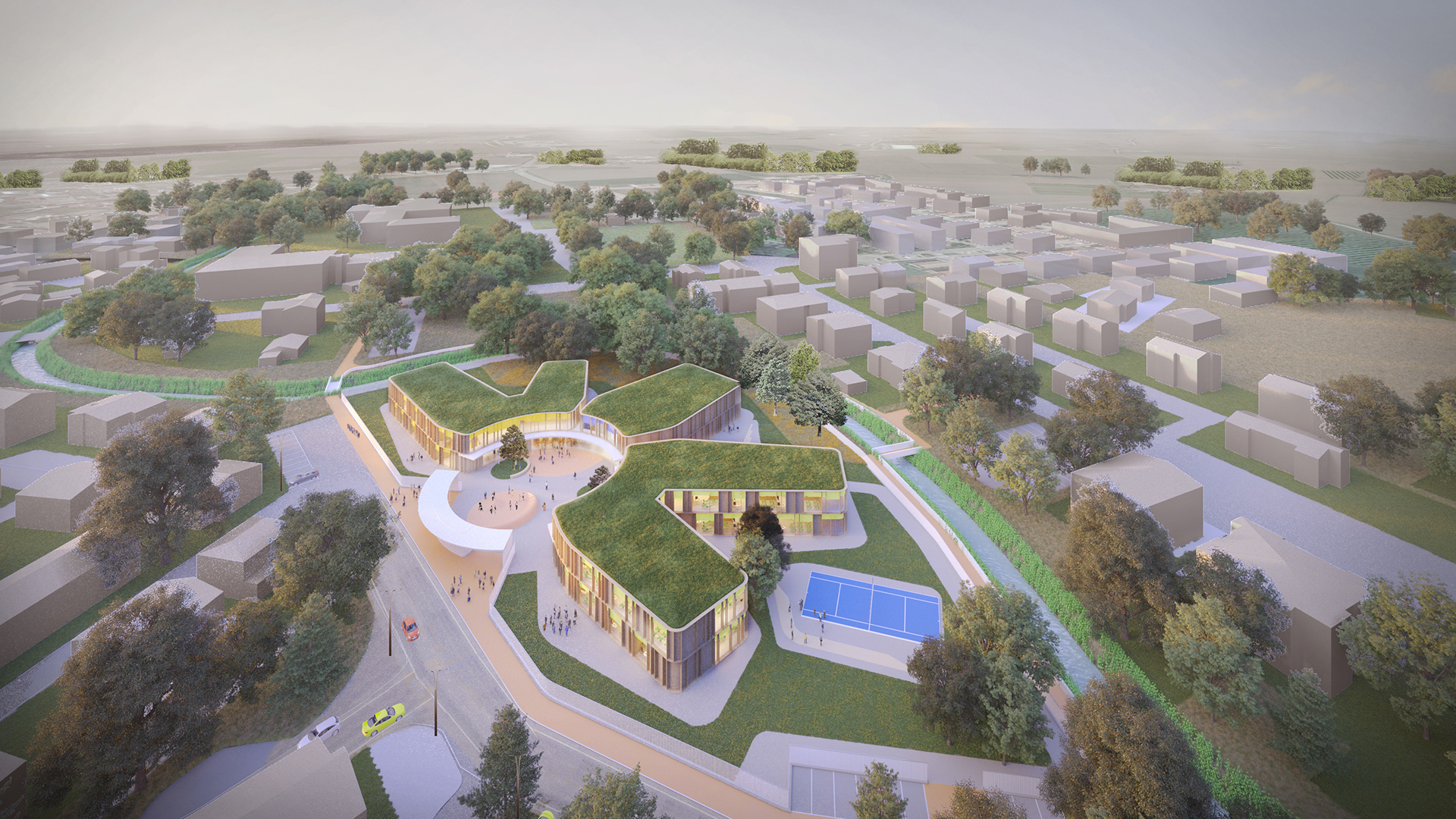 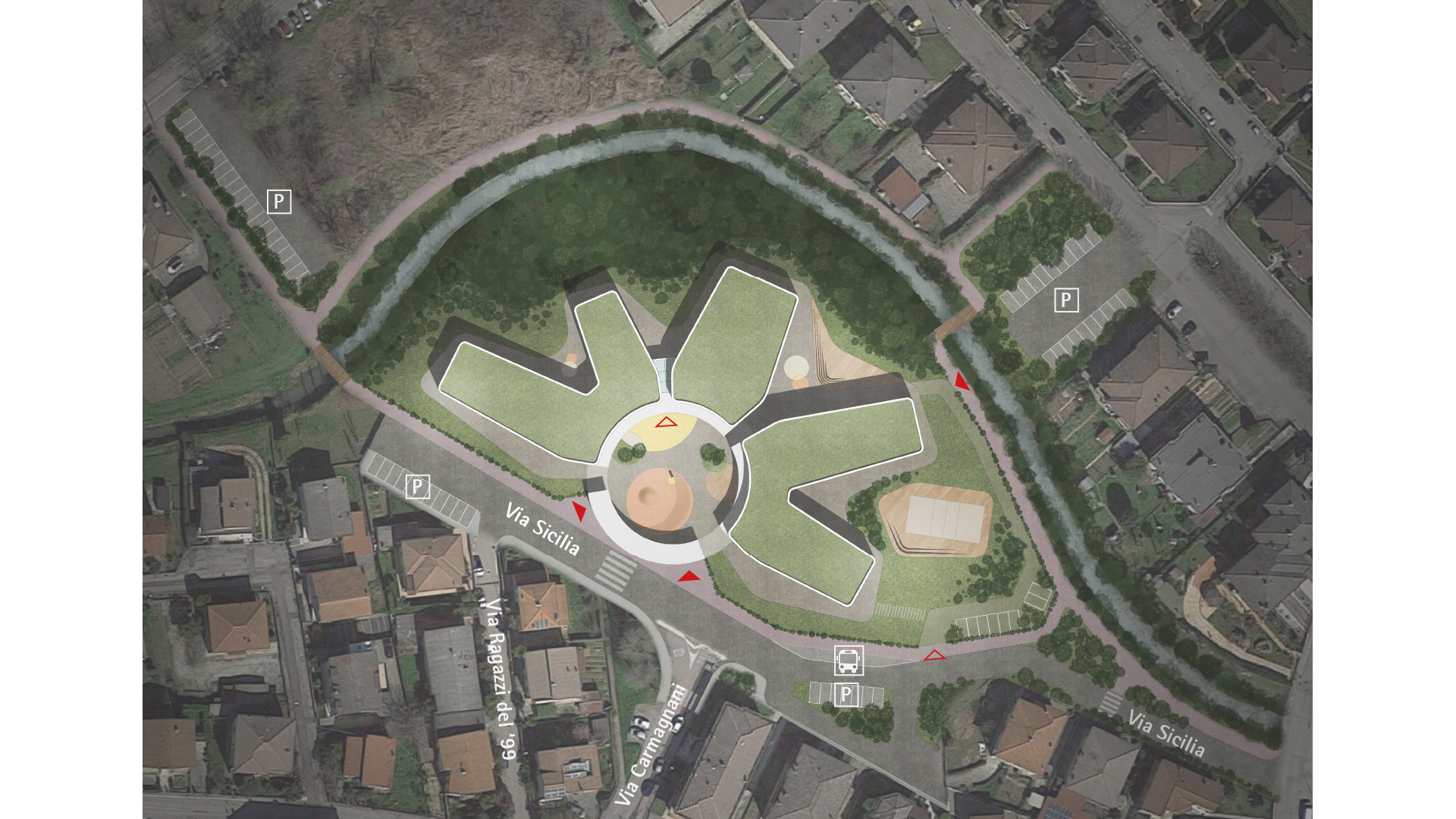 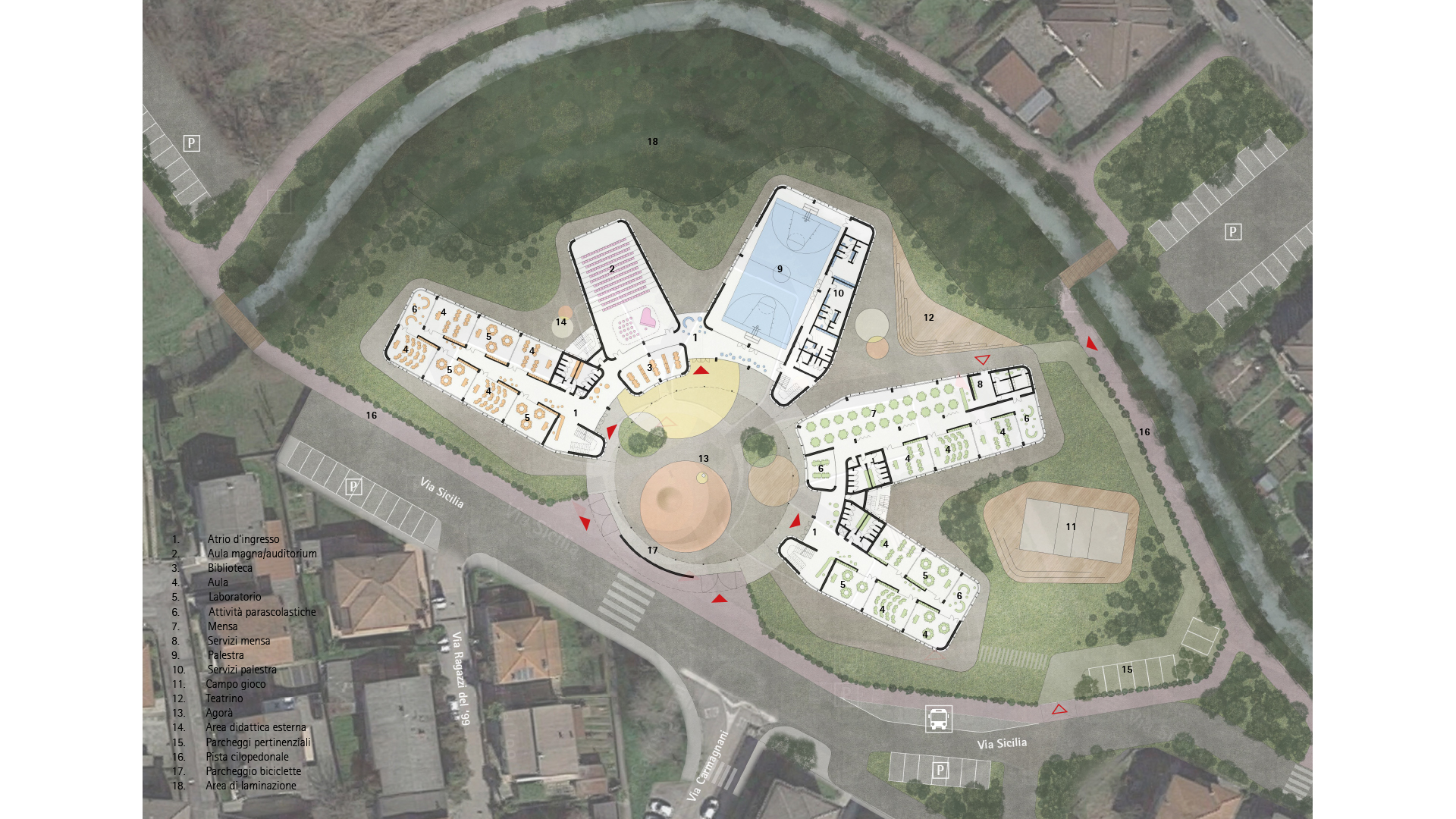 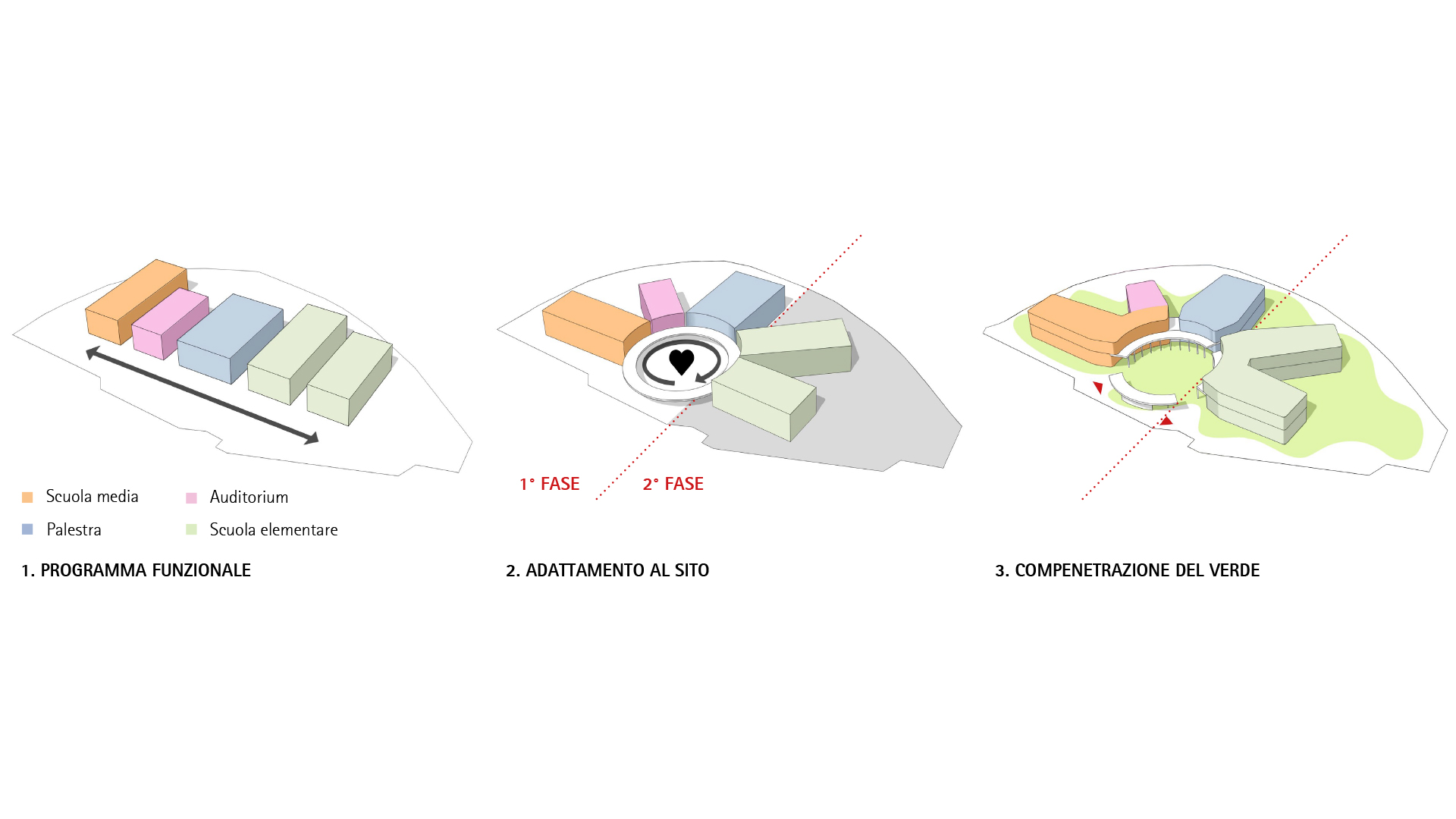 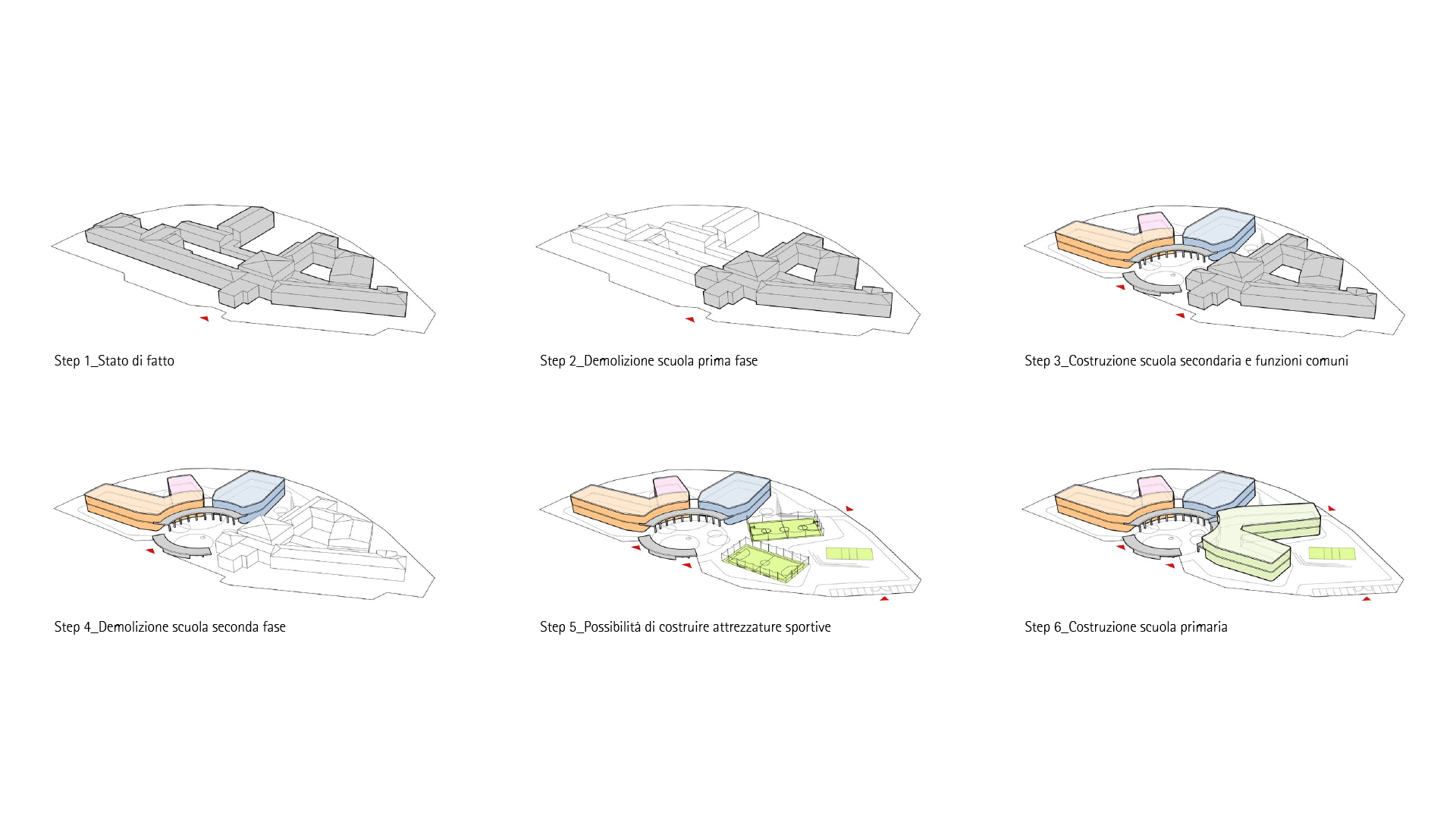 The design competition for the Cavalcaselle School Complex in Legnago aims to develop an intervention that blends with the territory. The project includes the functional reorganization of the entire area so as to became an aggregation spot for the district.

The volume arises from the concept of distribute the various functions within a lot with an organic shape. The naturalisic elements, such as the river, will benefit from the project itself and from the new cycle / pedestrian path.

The north side opens onto the river that constitute a natural stage on which the classrooms overlook. The main access to the Cavalcaselle School Complex remains on the south side, the city side.

The radial system allows to divide the functions into four distinct thematic areas: the secondary school, the auditorium / lecture hall, the gymnasium and the primary school. All the volumes overlook a central space that act as an Agorà for the school, connecting all entrances. The circular portico around the Agora represents the bond between the different volumes. Its shape recalls the sinuosity of the Torrione on the other bank of the Adige river.

Flexibility is the common thread that unites both the didactic spaces and the common ones. Movable walls make in fact possible to increase the surface and recreate different configurations of the auditorium and the classrooms. The latter it’s not only a connective space but also a dynamic one that can be set up in different ways, thanks to the modular furnishings. 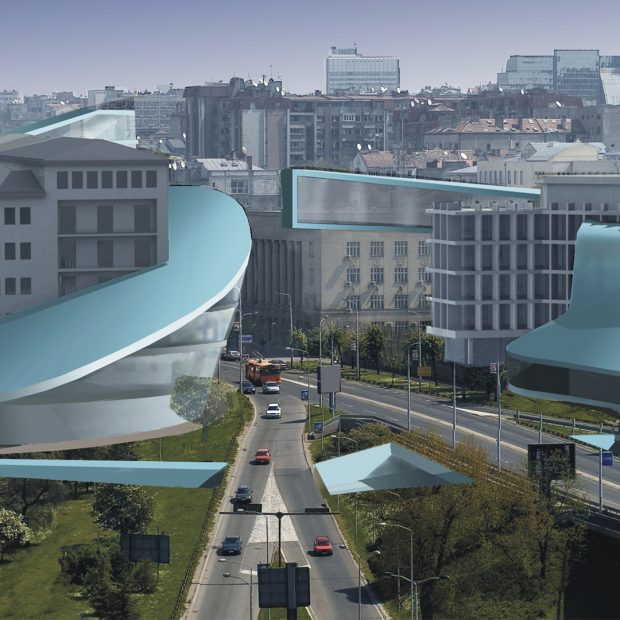 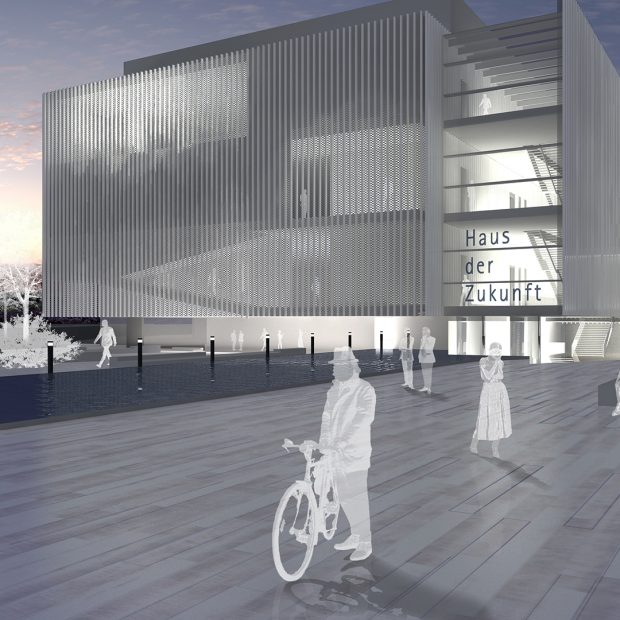 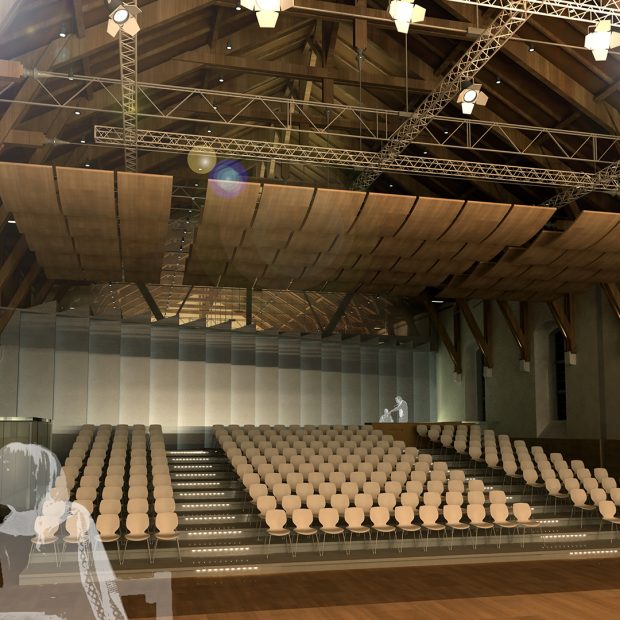 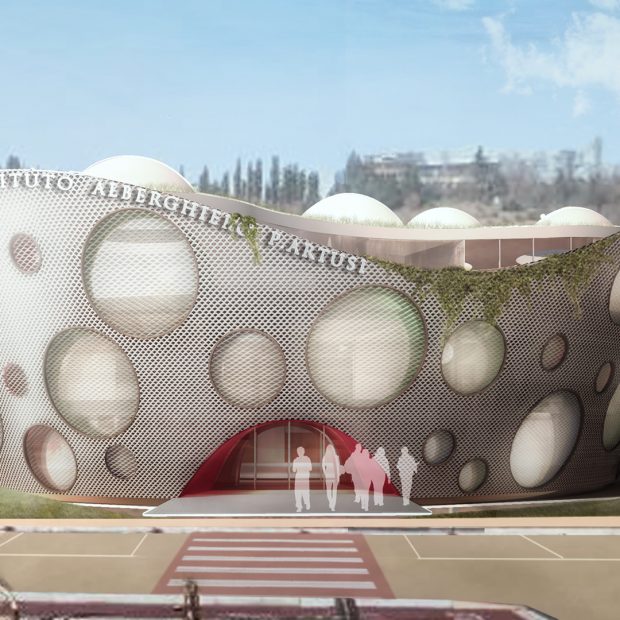 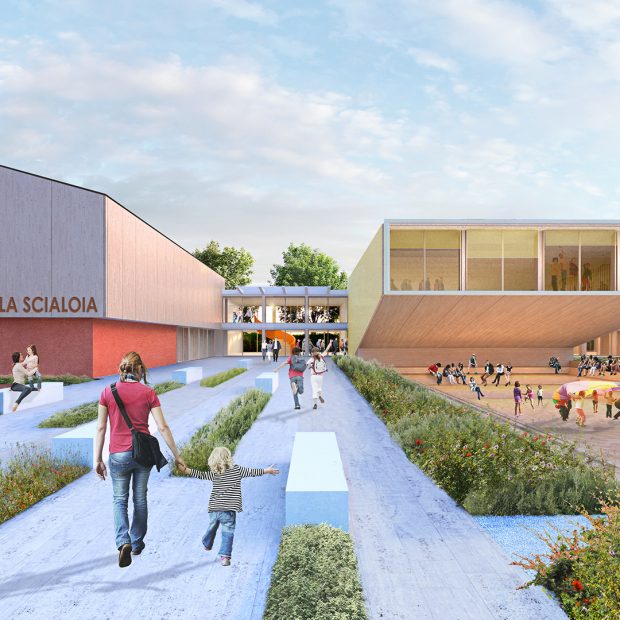 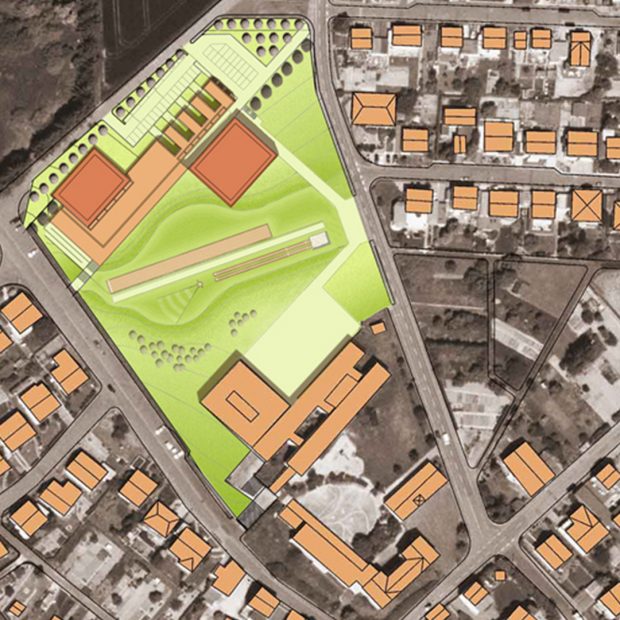 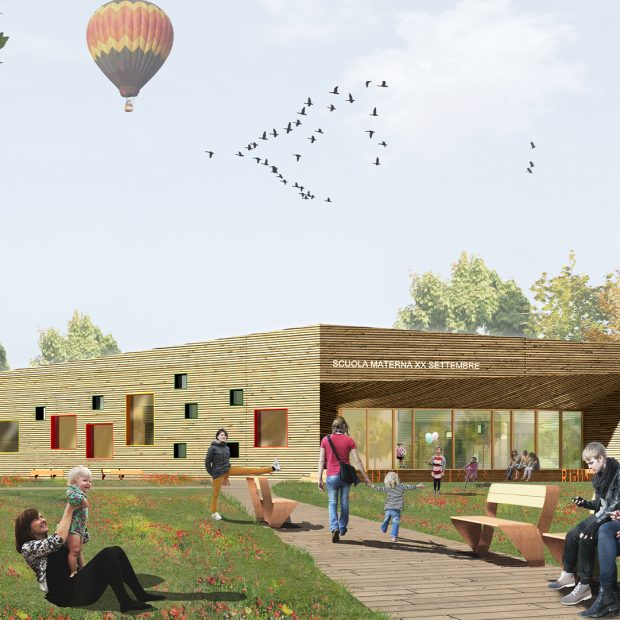 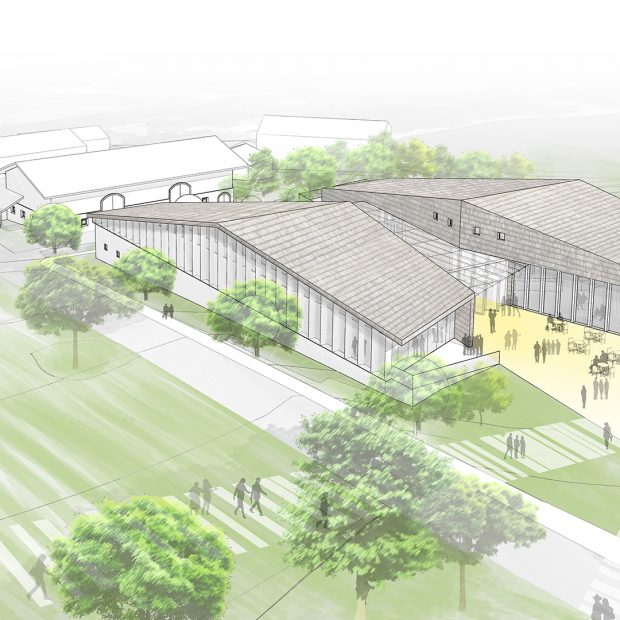 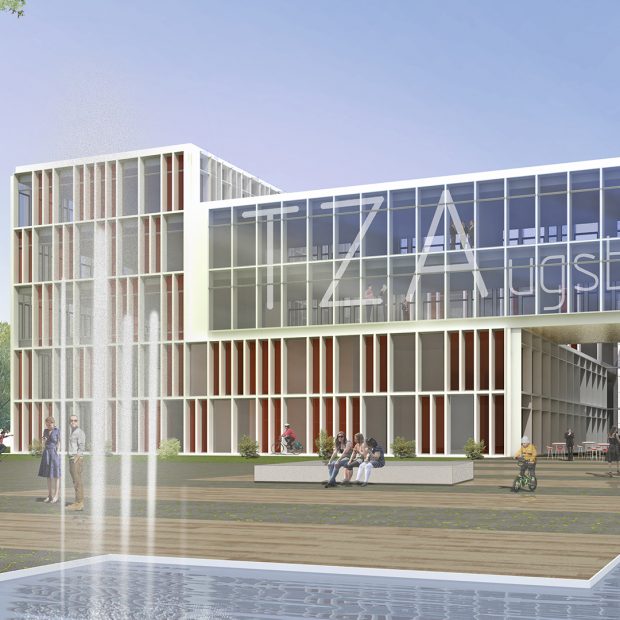