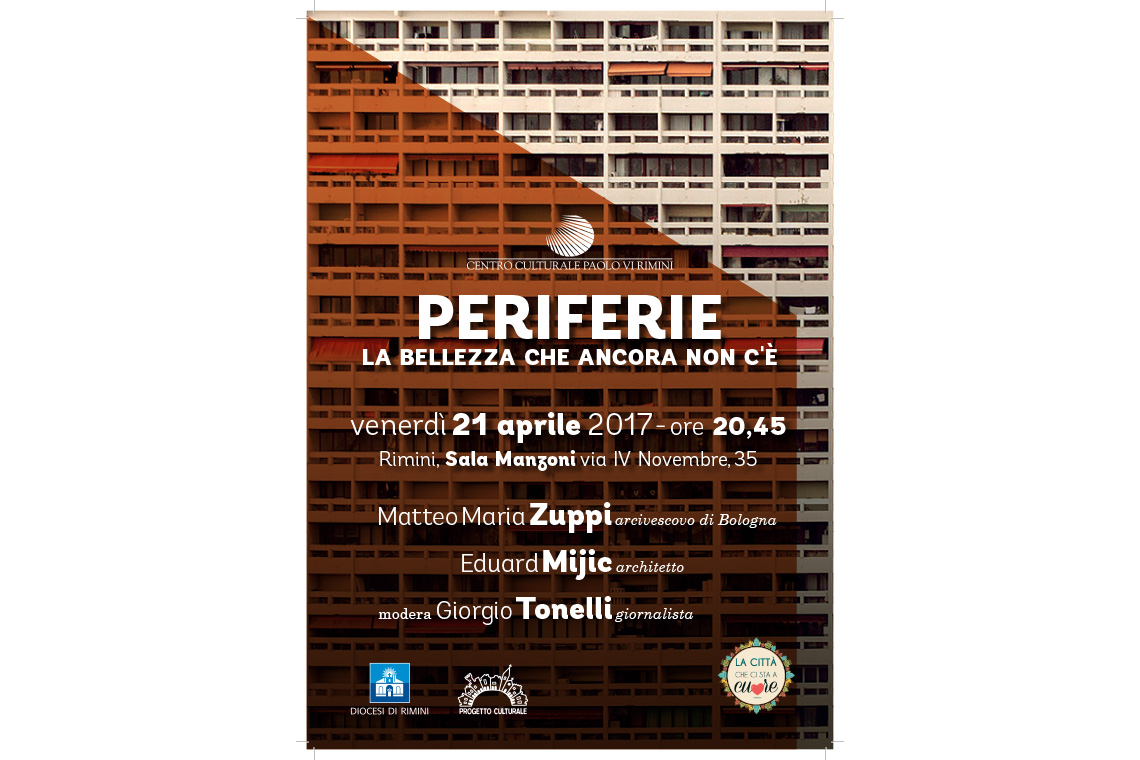 On the occasion of the last conference of the event “La città che ci sta a cuore” (“City that we care”) promoted by Progetto Culturale, architect Mijic was invited to the event to analyze under the urban and social aspect the current phenomenon of the suburbs.
At the conference that will take place at Centro culturale Paolo VI Rimini at 8.30 p.m. there will be also Archbishop of Bologna Matteo Maria Zuppi to give also both social and theological point of view about the theme.